Here’s what we’ve got coming out this weekend…

Let’s break this one down with a little mathematics. What? You thought this one was all slow jams and sexy bodies? Nope! I’m gonna bring you bitches to school.

We can calculate the box office score of White House Down, WHD, by using the equation:

So by my calculations… This movie stands to make… umm, no that’s not right at all. Hmmm… it turns out you can’t just make up math!

Prediction: Reviews make it sounds like stupid fun, but for as much fun as it looks, I don’t think its a box office smash like the movies of the last couple weekends. $40 million. $155 million total.

When, I saw the first trailer for this I thought it looked pretty bad. But then I saw the red-band trailer (above) and changed my tune. It actually looks pretty funny. Plus, Melissa McCarthy is awesome. I just wish it didn’t take place in Boston (bad accent alert!).

This movie reminded me a lot of 21 Jump Street. That movie looked like a terrible idea but, as it turned out, it was pretty good and really funny. Tanya hopes it ends up being like 21 Jump Street, since that went on to make $138 million. The other movie its drawing comparisons to is, obviously, Bridesmaids, due to the two movies having the same director, Paul Feig. That movie made $169 million, so this movie looks like The Heat is in good company.

It also turns out to be pretty good. Rotten Tomatoes has it 64% fresh (with top critics at 81%!) and MetaCritic scored it 60 out of 100 (with only 3 bad reviews out of 27). The Heat is probably going to steal all my This is The End thunder.

So let’s see, This is The End movie opened to around $33 million going up against this guy: 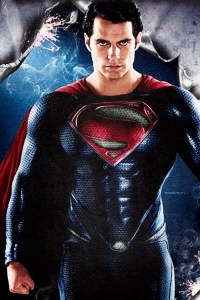 then Bridesmaids opened to $26 million going against Thor, and 21 Jump Street made $36 million opening in March. So it feels like the $30 million ballpark, but I’m going to add a little bit, since its summer.

I think Monsters U wins the weekend again and World War Z has another strong weekend as well.