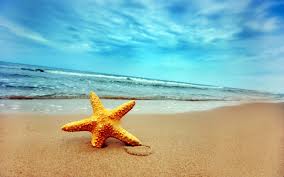 Ahh summer. A time when going to the movies is not just fun but many times a necessity to get out of the oppressive heat. Such an exciting time. One can almost smell the stale popcorn and feel their feet sticking to the floor of a crowded theater. I’m so happy everyone has signed on for another year, last year had so many good memories. Paying $18 to see The Avengers in 3D and then not remembering one cool thing about seeing it in 3D. Breakfast pizza. The anxiety of holding 8 seats with 3 people on the opening weekend of The Dark Knight Rises. Apartment 143. Ryan Gosling’s deceiving height. Magic Mike. Possums. The Olympics. And so many Landsharks.

Speaking of last year, I feel like I should declare Danielle the 2012 Sumofale winner, considering Danielle came within $28 million of winning even without GI Joe: Retaliation, which has already made $100 million in 3 weeks. But I’m having a tough time with it. On the one hand, she picked the money-makingest movie of all time in the first week of the summer, so it had the whole summer to accrue all that box office money for longer than every other one of our movies. On the other hand, she did beat us with 6 movies while the rest of us had 7. Then on another hand, she totally was all sneakily like “I read in the Metro that its broken all kinds of records.” And on yet another hand Liz totally had the opportunity to select it first and made a horrible, horrible mistake. I don’t know. Rock/Paper/Scissors between Anna and Danielle for the trophy. On to 2013!

Wait! Before we do that. Has everyone seen the new trailer for Pain and Gain?

If you have, did you watch it again anyway? I’m so bummed that this movie isn’t coming out this summer. I would’ve picked it first just because it looks amazing. There is good news, however. Anna’s planned it so that we’re all going to see this for my birthday. That’s my 30th birthday party: seeing Pain and Gain. Over and over and over again. Right? Did I ruin the surprise?

That was extremely convenient huh? Now you can have a heads up of what exactly is coming out this year. I’m pretty impressed with myself. That’s right, I uploaded a PDF. (There may be some typos, but uploading it again is just annoying enough that I’m saying “Fuck It”)

Here’s something to get you excited for this summer’s big blockbusters (I apologize for the excessive use of Fall Out Boy, though it’s not my fault.):

The big movies included in this clip were (Warning: Each of the following links is for a trailer, so either buckle in for the next 45 minutes or just don’t click) Iron Man 3, Star Trek: Into Darkness, The Lone Ranger, Fast and Furious 6, Man of Steel, After Earth, The Wolverine, Oblivion (which comes out April 19th, so unfortunately, not a summer movie), World War Z, Kick Ass 2 and Pacific Rim.

There are some other movies that could be big this summer, they just don’t happen to be super-actiony. The Great Gatsby moved from last Christmas to this summer (I’m not sure how to read into that). Now You See Me looks cool and fun; who doesn’t like a good caper movie? There’s a healthy crop of animated movies: EPIC, Monsters University (It’s not sitting right with me that they’re going back to this well), Despicable Me 2, Turbo, Disney’s Planes (which looks Pixar-y but might not actually be a Pixar movie). Of course, there is this year’s crop of terrible man-child comedies: The Hangover: Part III, Grown Ups 2, and The Internship. Two end-of-the-world comedies (which may just be included in the “terrible man-child comedies” group): The World’s End and This is the End. Plus a Tyler Perry movie (of course), more Smurfs, a sci-fi action movie with Matt Damon, a Denzel-Mark Wahlberg buddy action flick, and a YA novel adaptation.

So it could be an interesting summer. There are three comic book movies again, but I don’t see Iron Man 3, The Man of Steel and The Wolverine dominating to the same degree as The Avengers, The Dark Knight Rises, and The Amazing Spider-Man. I don’t know how good the movie slate is this year. I don’t mean that in a bad way, I just don’t feel like there’s the same group of anticipated blockbusters like last year. Of course, that could make this year more even and fun. I guess we’ll have to see.

Some other things of note:

Before I go, let’s discuss these rule changes that I mentioned earlier. The overall gist is the same as last year: Each player selects 7 movies and whichever 7 movie team has the largest combined box office total wins. Available movies run from May 3 – August 23. Box Office Totals are counted from May 3 – October 4. Now, I’m going to institute 2 new rules to help prevent the mess we had last year:

Okay I feel like I sufficiently prepared you all. The rest is up to you. Let’s Sumofale this thing!